Sledgehammers and Teacups – My Take On The 2015 Hugos 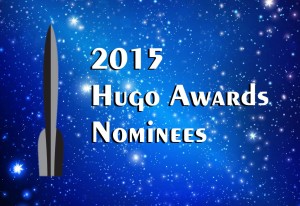 (For an excellent breakdown on what this is all about, read this article by Susan Frisby.)

The Hugo Awards voting system is flawed. Raise your hand if you needed Puppies—Sad or Rabid—to open your eyes to that fact. I won’t see many hands in the air, I expect.

I personally know writers who actively solicited their fans to buy supporting memberships, for the sole purpose of voting for them. When a system supports getting gamed the way the Hugo voting system does, of course it will be gamed. It’s the nature of the beast, it’s Darwinism in action, it’s the reason why both all-out capitalism and all-out socialism are inherently flawed. An honor system is great, and I believe 80-90% of humanity will respect such a system. But that means that at least 10% will look for ways to game it.

And, as many have pointed out before me: is it against what many people feel is right? Sure. But it’s not against the rules. The 2015 Hugo ballot (see this post) is perfectly legal and valid. All votes were cast by people who had (bought) the right to vote. You don’t have to like it, but this is what the system supports. These are the 2015 Hugo nominees. People like John Scalzi have argued convincingly, and more eloquently than myself, for this viewpoint.

So here’s what I’m going to do (in fact, I’ve developed an even better strategy):

The upside to all of this is that the Puppies, however misguided, have done an excellent job of exposing the central flaw in the Hugo voting system, and the huge cost of that flaw in terms of credibility. The Puppies Slates are an extreme version, but if an awards system supports buying nominations and votes, something is wrong. Or at least the price should be low enough to make the system close to indistinguishable from a general election. The price should only ensure that voters are registered, and vote only once.

So the first change the WSFS should implement, IMHO, is to reduce the price of a supporting membership from the current $40 to $5. Combined with a broad social media campaign to encourage all fans to buy and cast their votes, this should ensure a huge increase in the tally, and a correspondingly greater difficulty of gaming the system.

The added bonus, of course, will be that many more fans will feel that the Hugos were awarded by them, and that, in turn, will restore much of the dwindled credibility caused by the Puppies Slates.

Which, ironically, is exactly what at least some of the Sad Puppies set out to achieve.

I just wish they hadn’t proven the teacup’s fragility with a sledgehammer.

PS: No matter what side you’re on, no matter how you may feel about the bigotry of some of the people involved in this whole kerfuffle, there is never any excuse for abuse, name-calling, and (death-) threats. Not even “they started it”. Don’t even think of trolling, flaming, or otherwise being unpleasant in the comments!