No More Doing The Right Thing 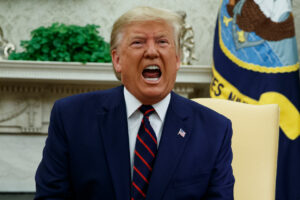 What are y’all cheering about?

In the final two weeks of Trump’s presidency, people and organisations are falling over their own feet in their haste to abandon, block, disavow, impeach, or resign.

There’s a clear, straight line from his candidacy announcement to his followers storming the Capitol. Where was all this self-righteous outrage before Wednesday?

It’s great, what’s happening now, but it worries and sickens me that it took the storming of the Capitol for all those people and organizations to accept the truth of how bad Trump really is. All the evidence of his utter awfulness has been public for five years.

Too little, too late, and utterly pointless, with only 11 days left on the calendar. Even an impeachment, which would at least ban him from public office, is bound to fail, because many Republican senators still refuse to denounce their favorite troll.

Frankly, all this self-serving virtue signalling feels like more of the same. Doing the right thing has gone out of fashion. Opportunism rules. People and organizations weigh the business case of their behavioral choices, and act on the plus side. No more idealism, no more causes; the bottom-line is what counts, be it in users, re-election, or cold, hard cash. And let’s face it: users and re-election, in a final analysis, are also about cold, hard cash.

Trump can’t help himself. It’s in his nature, and his nature is far from hidden.

It’s everyone else who should be ashamed of themselves.